A writer I feel inordinately close to, each story at once like being home and being tossed to the wolves. Linguistic obsession, dark humour, jigsaw pieces that never come together, all reminiscent of choreography as much as tale-weaving. Details are microscopic, vitally observed, then quickly, telescopically reversed, blurred, pulled back into a not-quite-whole. The rain smells like old silver jewellery. A rat-king moves in an attic. A woman sings “Star-Spangled Banner” for a dead friend. All the usual subjects, weddings, divorce, heterosexual monogamy, but split up, different, interspersed with mothers and daughters, friends, neighbours, and, of course, the small citizen’s relationship to state warfare – here, the Iraq War. The signature puns abound, the bark of the title – both the stuff she strips off trees and the cries of dogs – running through the stories like the uncanny. As always, painful, funny, intelligent, and unbearably intimate. 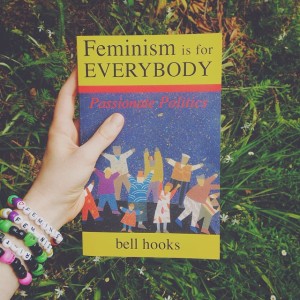 You are mistaken if you think feminism is about women. It is about rethinking gender in a way that unravels patriarchy, which instils ideologies of masculinity that are about domination and violence.

Necessarily, this means we must rethink relationships and family. This is what scares conservatives most, why they cry “political correctness” at any critique of gender stereotypes. Undermining gender necessarily undermines the family.

As hooks shows, “A utopian vision of the patriarchal family remains intact despite all the evidence which proves that the well-being of children is no more secure in the dysfunctional male-headed household than in the dysfunctional female-headed household. Children need to be raised in loving environments. Whenever domination is present love is lacking.”

Feminism has always been concerned with such relationships. As hooks traces the concerns of second wave feminism in relation to marriage and partnership, she mentions that many feminists “saw sexual monogamy with men as reinforcing the idea that the female body was property belonging to the individual male she was bonded with. We chose non-monogamous relationships and often refused to marry. We believed living with a male partner without state-sanctioned marriage within patriarchal society helped men maintain a healthy respect for female autonomy. Feminists advocated demanding an end to sexual slavery and called attention to the prevalence of marital rape while at the same time championing the rights of women to express sexual desire, initiate sexual interaction, and be sexually fulfilled.” 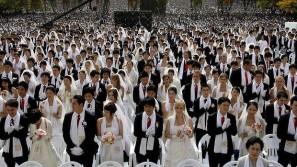 a society in which marriage, romance, partnership and intimacy have been structured and defined by patriarchal assumptions, how can we reenvision them as feminist? Is it impossible? Certainly we must always be critical of marriage, monogamy and family units. Then again we must also be critical of polyamory, the fight for marriage equality, and the so-called “non-traditional family.” The problems faced by second wave feminists in their own lives forces us to never let our guard down. For example, is it possible for marriage to be a viable feminist option given the huge, undeniable patriarchal legacy of the institution? It remains as such today.

The discussion sparked by second wave feminism about sexuality remains with us today, though it is still fraught. As hooks advises, “While men must let go of the sexist assumption that female sexuality exists to serve and satisfy their needs, many women must also let go a 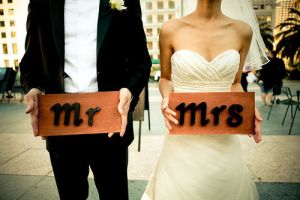 fixation on penetration.” This is why feminism is intertwined with ideas of sexuality as much as with race, class, religion, and age. Feminism cannot be heteronormative, it must be queer. Because patriarchy has rested on heteronormativty. But today we still assume that heterosexuality is natural, and that sexual “orientations” are genetic, inborn, fixed, and markers of our identity. Until we let go of this, we can’t reach a feminist sexual politic.

While hooks doesn’t yet articulate this, she does recognise the centrality of heteronormativity to patriarchy: “Masses of heterosexual women remain unable to let go the sexist assumption that their sexuality must always be sought after by men to have meaning and value. To do so they must believe that same-sex sexual encounters, self-pleasuring, and celibacy are as vital and life-enhancing as sexual intercourse with men within patriarchal culture.”

We see the truth of the second wave’s realisation that “women would only be truly sexually liberated when we arrived at a place where we could see ourselves as having sexual value and agency irrespective of whether or not we were the objects of male desire.” 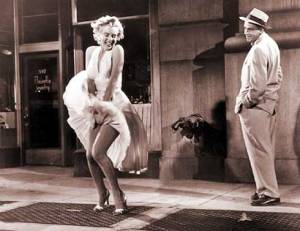 We still live in the world hooks describes here: “We will never know how many millions of women stay in relationships with dominating sexist males simply because they cannot imagine a life where they can be happy without men, whether they are satisfied sexually and emotionally with the men in their life or not. If any female feels she needs anything beyond herself to legitimate and validate her existence, she is already giving away her power to be self-defining, her agency. Lesbian women inspired me from childhood on to claim the space of my own self-definition.”

Unfortunately, with the white-washed, straight-washed feminism in the mainstream eye, such truths are swept under the carpet. Today, given the length of time since the radicalism of the second wave that bro

ught feminism to the mainstream, we have forgotten how these women dealt with sexuality and relationality in a patriarchal world. Hooks recalls that, “In the early stages of feminist movement we used the phrase ‘woman-identified woman’ or ‘man-identified woman’ to distinguish between those activists who did not choose lesbianism but who did choose to be woman-identified, meaning their ontological existence did not depend on male affirmation. Male-identified females were those who dropped feminist principles in a flash if they interfered with romantic heterosexual concerns. They were the females who also supported men more than woman, who could always see things from the male perspective.”

Internalised misogyny and girl hate abound today, to the extent that many think that jealousy is an inborn trait of women and friendships between women. How are we supposed to enact feminism in such a context? Unfortunately, hooks’ observation remains true: “The vast majority of straight women, whether they were actively feminist or not, were more concerned about their relationships with men.” 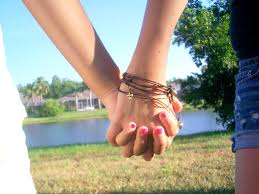 Most people’s aversion to this shows how ingrained a patriarchal heteronormativty is within us. Because of this overwhelming power, we struggle to envision intersectionality. Feminism becomes one thing: equality with men. But such a notion is incomprehensible unless we first examine the terms of that “equality.” So, “Women who claim to be feminist while perpetuating homophobia are as misguided and hypocritical as those who want sisterhood while holding on to white supremacist thought.”

Embracing a watered down, palatable version of feminism is easy. Heteronormativity is embedded in everything we hold dear, especially romance, that foundation of so many films, songs, books, and life dreams. But, as the second wave articulated, “female freedom could only happen if women let go their attachment to romantic love.”

Hard to swallow? Maybe, but ultimately liberating. After all:

“Romantic love as most people understand it in patriarchal culture makes one unaware, renders one powerless and out of control. Feminist thinkers called attention to the way this notion of love served the interests of patriarchal men and women. It supported the notion that one could do anything in the name of love: beat people, restrict their movements, even kill them and call it a ‘crime of passion,’ plead, ‘I loved her so much I had to kill her.’ Love in patriarchal culture was linked to notions of possession, to paradigms of domination and submission wherein it was assumed one person would give love and another person receive it. Within the patriarchy heterosexist bonds were formed on the basis that women being the gender in touch with caring emotions would give men love, and in return men, being in touch with power and aggression, would provide and protect.”

This is so uncomfortable because patriarchal romantic love is what we think of as love, how we define love, it is something natural. It is difficult to think of it as socially constructed. And yet the work of feminism has shown us that it is constructed, and for a specific purpose, and that it is damaging.

Hooks offers as alternative vision: “When we accept that true love is rooted in recognition and acceptance, that love combines acknowledgement, care, responsibility, commitment, and

knowledge, we understand there can be no love without justice. With that awareness comes the understanding that love has the power to transform us, giving us the strength to oppose domination. To choose feminist politics, then, is a choice to love.”

Why then would most people prefer the anti-feminist heterosexist dominating versions of romantic love we are fed every day?

It stems from a misunderstanding of the visionary nature of feminism, how it has beamed a light on our most taken-for-granted ideas. As hooks argues, this is partly because “one of the difficulties we faced spreading the word about feminism is that anything having to do with the female gender is seen as covering feminist ground even if it does not contain a feminist perspective. We do have radio shows and a few television shows that highlight gender issues, but that is not the same as highlighting feminism.” 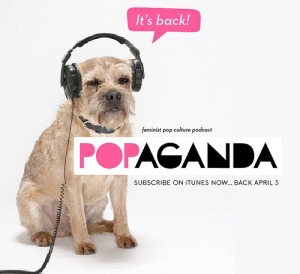 On a sidenote, I would recommend the bitch media podcast, which certainly does contain a feminist perspective.

Feminism isn’t just about women, just as everything about women isn’t feminist. Hooks recommends “a collective door-to-door effort to spread the message of feminism,…to start again with the basic premise that feminist politics is necessarily radical.” That includes all these self-declared feminists in the public eye. “Confusion about this inherent radicalism emerged as feminist activists moved away from challenging sexism in all its manifestations and focused solely on reforms.”

Until we end the neverending defences of “feminism doesn’t mean hating men!” we won’t understand the true meaning of the movement. For everybody who has ever been caught in a debate going nowhere with someone who has never educated themselves about feminism but has expected to gain all they need to know from a mainstream mass media which is necessarily patriarchal, here is the book you can hand over. 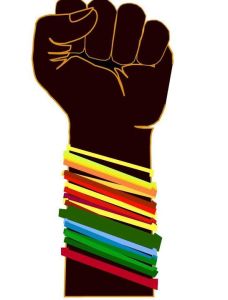